We use cookies to enhance your browsing experience as outlined in our Cookie Policy.
We’d like to use technologies, such as cookies, to make your experience with us as enjoyable as possible. We may share information about the way you use our sites and applications with our trusted media, advertising and analytics partners so we can deliver relevant and personalized advertising. By clicking ‘I accept’, you consent to our use of such technologies.

We fly from all our destinations in Europe, the US (Boston, Chicago, Los Angeles, Miami, New York, San Francisco and Washington D.C.) and Asia (Tokyo, Shanghai, Beijing, Hong Kong and Singapore).

Fly on SAS to Norway

Whether you want to see the north or the south of Norway we’ll have a flight that will take you there.

Hop on the Flåmsbana Railway and enjoy one of the most beautiful train rides of your life. The train runs from the end of Aurlandsfjord up to the high mountains at Myrdal station and takes you through some breathtaking Norwegian scenery. If you look out the window you’ll see the Kjofossen waterfall, which provides the Flåm Railway with electricity. 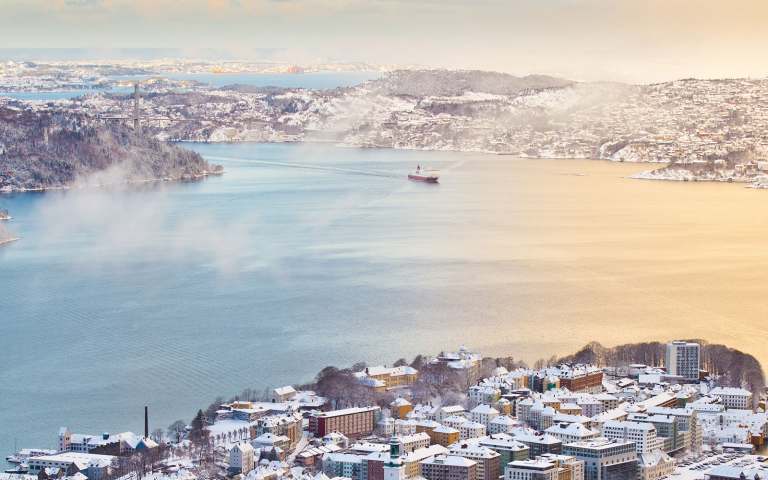 At SAS, we strive to ensure our customers have a relaxed and comfortable journey. Regardless of which ticket type you carry, you’ll always enjoy certain SAS customer benefits.

Always included in your flight is easy online check-in, coffee and tea onboard, up to 90% price reduction for children and use of the SAS App.

EuroBonus gives you more of the world. It is the most popular loyalty program for travelers in Scandinavia. As a member of EuroBonus you will earn points on your flights with us and our partner airlines in Star Alliance. You can use the points to pay for your next trip, upgrade or rent a car, among other things.

We CO2 offset all tickets booked using a EuroBonus number. This means that we now carbon offset just over 40% of all the emission that our planes emit. Read more about our sustainability work

If you are not a member already, it’s free and easy to join. Create a EuroBonus account and earn points on your trip.

Get inspired and read more about Norway